Come on by and say Hi if you are around Orange County.

Mila will be part of “Vicino. Non qui” the art collective exhibit organized by MART

Mila is part of the upcoming exhibition organized by MART, museum of modern art of Trento and Rovereto in Italy. Join us this coming Friday July 13th at 6:30 PM. Valerio Oss, Mila EP and VFX Supervisor and Eric Rittatore, Mila media consultant will be present.

Zippy Frames surprised me with a nice article today!

Cinzia Angelini Talks On Cultural Diversity Through AnimationThe Dreamworks/Disney animation veteran talks at the recent TEDxVail.Originally from Italy, Cinzia moved to Los Angeles in 1997 and has ever since worked as a 2D/3D animator and story artist for studios like Dreamworks, Disney Animation Studios, Warner Brothers, Sony Imageworks, Illumination, and CinesiteCinzia.

Her work includes “Balto,” “Prince of Egypt,” “Eldorado,” “Spirit,” “Sinbad,” “Spider-man 2″ (Best Visual Effects Oscar Winner, 2005), “Open Season,” “Meet the Robinsons,” “Bolt,” “The Minions Movie” and “Despicable Me 3.”In her recent TEDx talk, Cinzia draws attention to the power of using the art form of animation for telling or retelling real, socially relevant and culturally significant stories. To use this medium – which usually presents idealized, sugar-coated, romanticized situations – in order to bring children closer to reality, to defeat the fears of diversity, of the “otherness” and to overcome any barriers that may appear on the way.Her objective is to create a better world through animation, to release this genre from its generic box and to let it open for new inputs that might bring real social change and touch reality more than ever. To dive into a universe of stories that move and touch children and adults. But can children handle all these tragic situations? Yes, they do – there is a small adult in every child too. How can all this big dream come to reality? We need a collective effort, to get things started by mobilizing ourselves. The quote that she uses near the end of her talk by Walt Disney sums it all up: “The way to get started is to quit talking and begin doing”.

My TEDx Talk on the power of animation!

Do you believe in the power of animation? Do you think animation has no limits? As Mila Director, I do!

I recently had the honor of speaking at #TEDxVail. My topic was “Bridging cultural diversity through the magic of animation.” Throughout my career in the animation industry I have learned that strong themes, inspired by true stories, told through the powerful magic of animation, moves people like nothing else can. While most would agree there is a child in each and every one of us, I believe there is a small adult in every child too.

Let’s suppose we could create a better world through animation. What if we were to use animation to open up our children’s views, erase the borders between them, even tear down those cultural walls before they reach their tenth birthday? Before their values are fully formed? Might it lead to a major shift in our social consciousness?

If you believe that more can be done through animation, please spread the word and share my #TEDxVail talk with your friends, colleagues, and community. 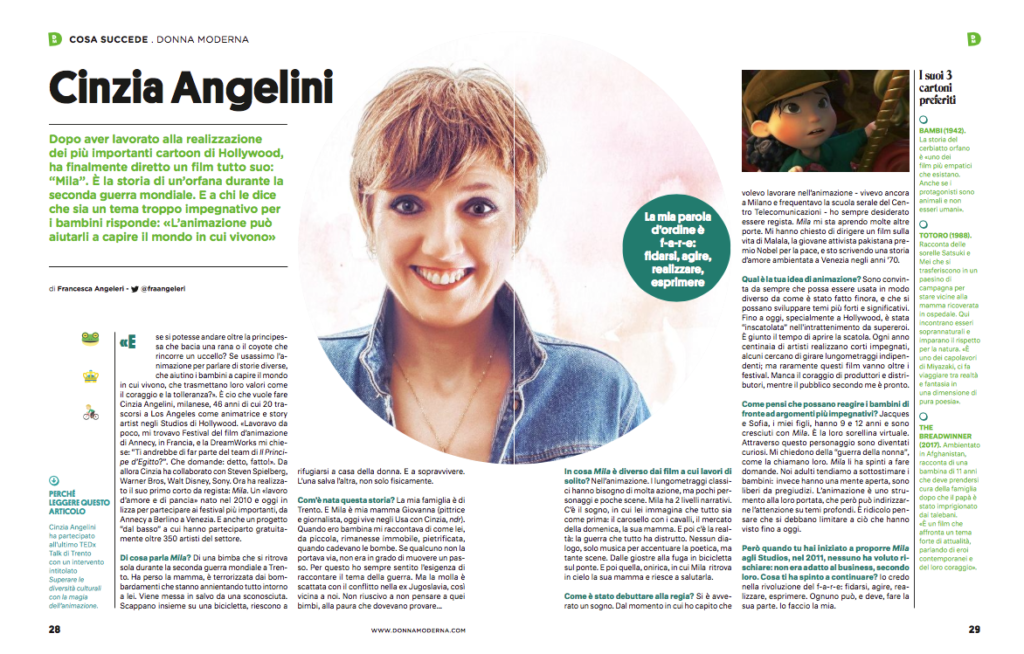 For the Italian readers, here is the latest article that came out in Italy on the weekly magazine “Donna Moderna.” Its a well written piece that talks about Mila, animation and my TEDx talk about the importance of using the magic of animation to also talk about important and difficult themes. Enjoy!

My TEDxVail Talk will be soon available!

TEDx Vail organizers uploaded the  20 speakers’ videos of this year event to TED.com and are awaiting the approvals. 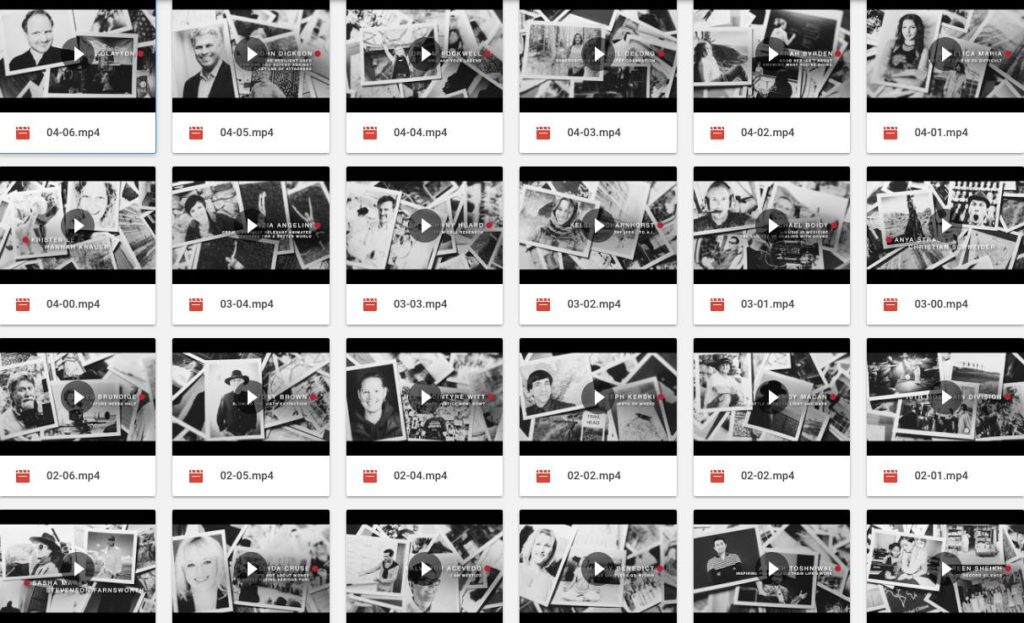